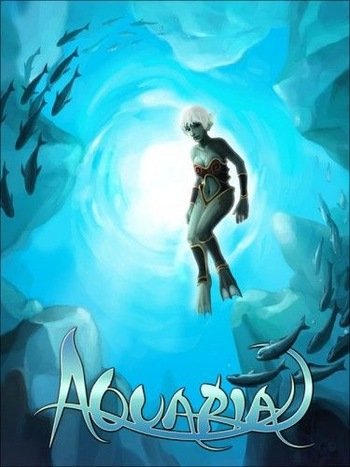 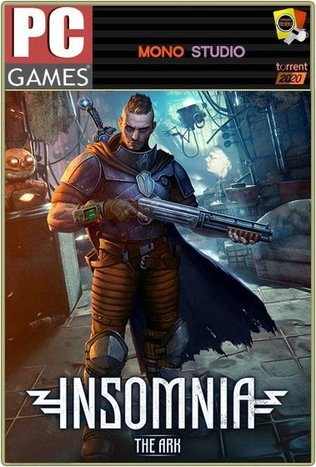 COMMENT:
&quot?N???N??: ?h? ?rk&quot is a dieselpunk sci-fi RPG about the slowly degrading remnants of human society attempting to survive on an abandoned space metropolis.
Develop your character, explore lovingly handcrafted locations, interact with peculiar NPCs and factions, craft equipment and try to stay alive in this brutal world.
Welcome to Object 6 - a colossal space station set on a dismal 400-year journey in search of a new home. Your character wakes from cryogenic sleep -
stricken with a rare psychological disease and unknowingly holding humanity?s last hope in his bare hands.
Survive hunger, thirst, fatigue while searching for valuable technology and resources in over 70 unique locations.
Pay attention - INSOMNIA?s nuanced world can conceal unexpected quests from treacherous characters, as well as savage enemies and deadly hazards.
Break free from character classes and unwanted grind with a flexible perk system combined with a large amount of craftable items and equipment.
Choose your gear wisely - every armor and weapon type in the game has its own tactical virtues and shortcomings.
Navigate a non-linear storyline with ?points of no return? that encourage unorthodox approaches and 12 different story endings.
Your character?s chosen background plays a role in how you interact with NPC?s and factions, as well as influences the outcomes of certain quests.
Experience a neo-noir world with elements of dieselpunk. Witness man-made apocalyptic landscapes imbued with a dark ambient soundtrack and echoes of a decaying civilization. 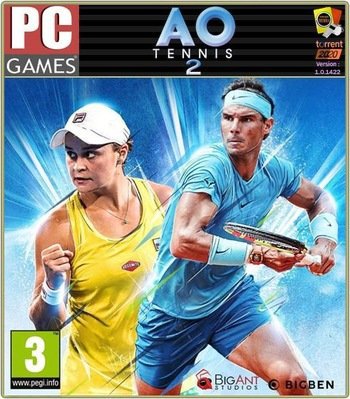 COMMENT:
In &quotAO Tennis 2&quot, tennis fans can take themselves from the outside courts to centre-stage glory in the all-new narrative-driven career mode. For the first time in AO Tennis,
success for a young talented player depends as much on external events as great play on the court, which provides deeper immersion into the world of professional tennis.
Players can once again use Big Ant?s celebrated content editor, which was loved by the community in AO Tennis, to customise every element of their game. Furthermore, all content created and
shared by users since the first game from 2018 will be available in AO Tennis 2. That?s over 20,000 players and hundreds of courts that can be enjoyed by fans of the sport.
For fans that want to relive the glories of their favourite players, AO Tennis 2 includes a roster of some of the brightest talents across both the ATP and WTA,
including Rafael Nadal, Ash Barty, Angelique Kerber and many others. All venues that will be used in the 2020 Australian Open will also be available in the game,
so fans can enjoy maximum authenticity as they play along with the Australian summer of tennis. 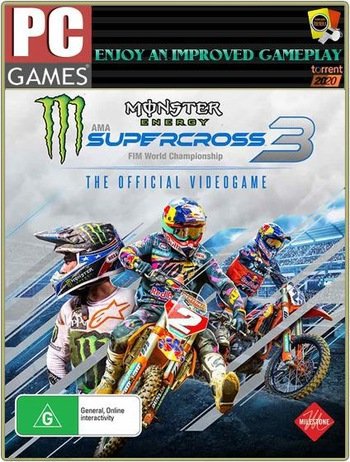 COMMENT:
The game features the 2019/2020 Monster Energy Supercross season with 100 riders of both 450SX and 250SX categories,
15 official stadiums and tracks and for the very first time in the series, it will now include the possibility to join the Official Supercross Teams of the 2019/2020 championship in the career mode:
you will finally have the possibility to start your career and become a teammate of an official Supercross rider
You can now enjoy a totally new great co-op experience with your friends in the new amazing compound, inspired by the Corona Supercross Test Track,
in which you can train, race or roam free on the biggest area ever
Last but not least, the track editor is back: boost your creativity and share with the community infinite tracks to race on
New physics, new animations, new riders? models and the possibility to create a female rider as your custom rider: Monster Energy Supercross 3 is more Supercross than ever